In September, 2009, Principal Chan felt that the under-privileged children’s interests were being neglected under the Hong Kong’s education system; he then abruptly quitted his job as a Principal in a secondary school, sacrificed his million dollar annual income for the purpose of devoting his time to provide volunteer education services and established the “Principal Chan Free Tutorial World”, which specifically provides free tutorial services and other educational support to the under-privileged children. 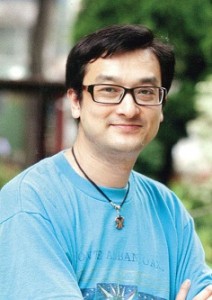